From Saturday 28 May to Wednesday 1 June, the second teachers’ meeting of the project “Jakob Fugger: a historical European influencer” took place. We went to Banská Bystrica in Slovakia. It was a happy reunion between the various colleagues who had recently met in Augsburg for their first student mobility.

On Saturday evening we were warmly welcomed in the Kuria restaurant. After the kind words of the headmistress of the Moskovska school, we were invited to watch to some Slovakian folk dancing by a local folk dance ensemble. The ideal start for what promised to be an intense five days! 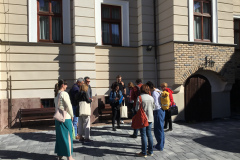 Sunday morning, the real work began. Not with a classic city tour, but via a digital quiz on the app Actionbound we discovered several gems in the inner city of Banská Bystrica. The breathtaking view from the bell tower was more than worth the climb! Afterwards, we were welcomed into the Barbakan Museum. We were shown around by an excellent guide, for whom the rich mining history of Banská Bystrica had no secrets. The link between Janos Thurzo and Jakob Fugger is now completely clear to us. After a lunch including Slovakian specialties, it was time for the real thing. During a three-hour workshop on “Modern techniques and digital technologies in Erasmus+ projects”, an enthusiastic guest speaker introduced us to a lot of interesting apps that we can use during the next mobilities to enthuse our students even more about this fascinating project. For us, it will be a challenge to incorporate Actionbound, Canva, Genial.ly and other digital tools in our lessons and projects at school, but “challenge accepted”! 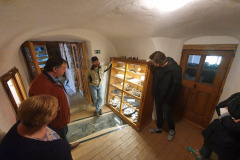 On Monday, we visited several sites around Banska Bystrica, which gave us more insight into the glorious past of this city. At Hodrusa Hamre we were split into two groups that alternately visited the mine and the museum. In the museum, we were explained how 15 million years ago volcanic eruptions and plate tectonic shifts had created the wealth of ores in this region. Particularly fascinating to us was the reference to the further processing of these ores at Umicore in Hoboken (Antwerp). It was also interesting to stand face to face with the hard work of the people at the time: in one year, only 2 meters were hewn out of the rock. Astonished, we stood there looking at one of the tectonic plates that had caused a landslide millions of years ago. It felt a bit unreal to us. In the museum, the history was further explored and there was also an eye for folklore. Interestingly, the wedding veil of Queen Elisabeth’s wedding dress was made here, but also the jokes about Ignaz hold no secrets for us anymore. The various minerals that were on display in numerous showcases were breathtakingly beautiful. Finally, we were allowed to go in search of gold ourselves. Like accomplished gold diggers, we tried to separate the wheat from the chaff in a large dish in order to go home with a few grains of gold. Still, in order to be able to participate in the world championships, we still need some extra practice. In the afternoon, we went to the open-air museum of Banska Stiavnica. There, we descended deep into the mine and were told amusing anecdotes, an ideal complement to the story of the morning. We’ll explain in a later report what “mining moons” are. The day ended with a walk through the old center of Banska Stiavnica, where Empress Maria Theresa had the first mining university built. 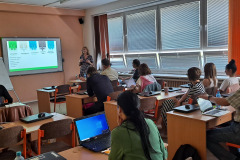 On Tuesday morning, some pupils showed us around the school. It was a happy reunion with two of them who were also in Augsburg. Their enthusiasm for the school was contagious. Then it was time for a theoretical and a more practical workshop on “Social and emotional learning”. At OLVCplus, our school, the cura personalis is held in high regard as one of the focal points of Ignatian pedagogy. In terms of content, the workshop refreshed our memory as to what to look out for in our pupils, including their mental wellbeing. The tools and apps used for this were also new to us and can give more colour to our days of reflection. In the afternoon, we focused on practical matters for the coming mobilities. The mobility tool and website of our project were examined in detail and various tasks for the coming months were discussed and distributed. Then we drove towards Spania Dolina. Normally, good wine is served first, but for us the tour of the museum was the highlight. 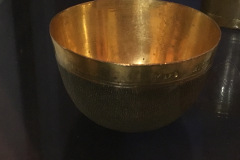 The chairman of the mining museum gave us an impassioned account of the history of this once so important mining town, so that in terms of content, everything fell into place for us. We now fully understand the place of Antwerp in this project. For us as art lovers, the information about the Herrengrunder Becher and about the specific water colour pigment used for the Mona Lisa, among others, rounded off the story in a fascinating way. Finally, we hiked up a spoil tip. We did wonder about the fact that after 250 years almost nothing had grown on that mountain of stones, but the view was (literally and figuratively) breathtakingly beautiful. In the Basta restaurant, we celebrated the end of this second teachers’ meeting with Slovakian specialties. We are looking forward to seeing each other again in Sterzing in September 2022.

welcome speech by the headmistress 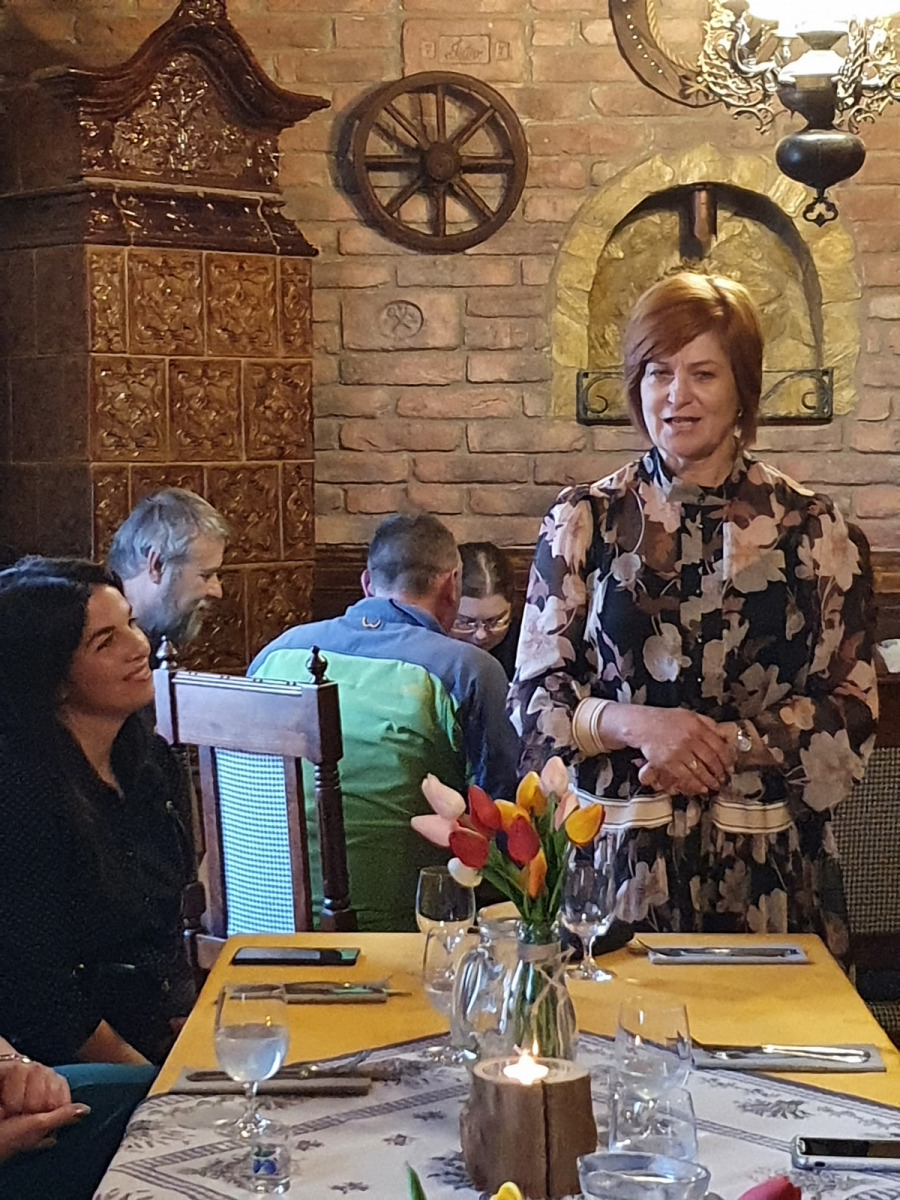 Thank you very much to Katarina, Lenka and Martina for the excellent work and the fantastic experience we had. We felt very much at home in Slovakia and are looking forward to further intriguing discoveries during the mobility in May 2023! 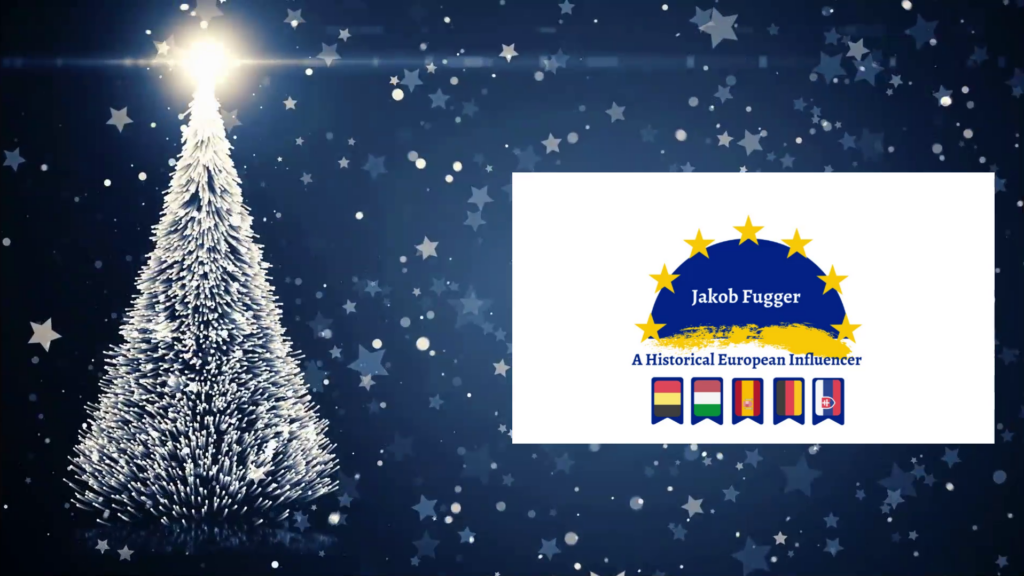 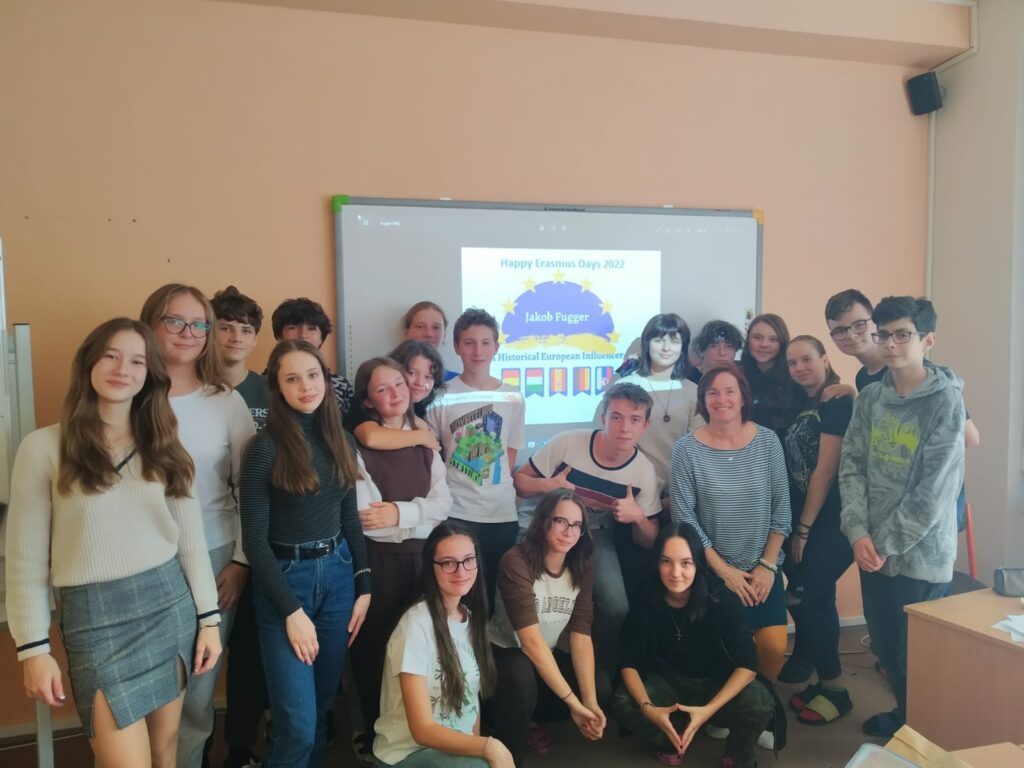 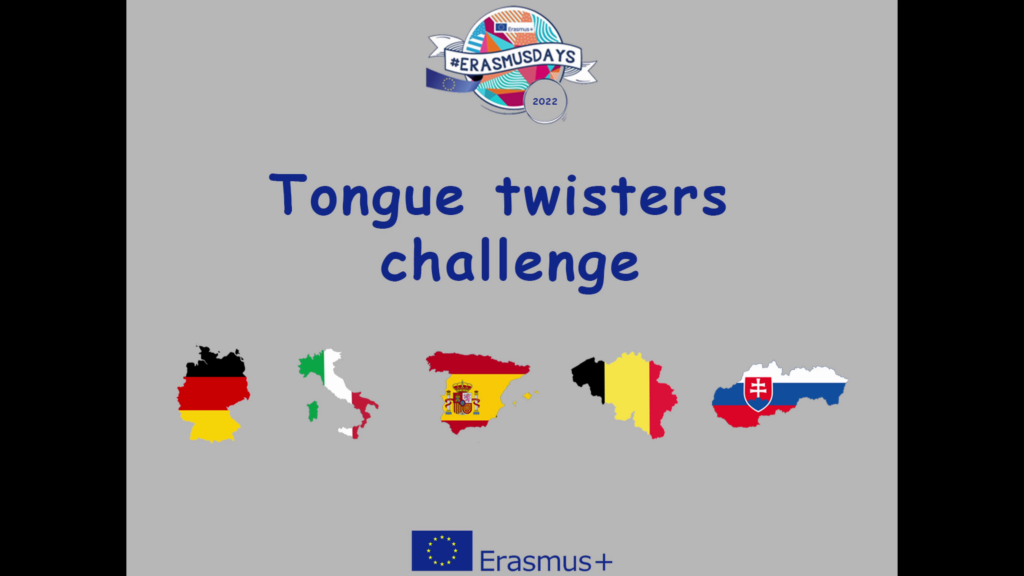