The exchange meeting started on the evening of 17 September with the arrival of the guests’ bus. The participants had the opportunity to get to know each other over a cosy dinner with pizza and pasta. The owner of the restaurant even opened the disco upstairs exclusively for the group, where the students could chat to music in a relaxed atmosphere. Afterwards, the students were picked up by their host families.

On Sunday, 18 September, the guests stayed with their host families until the afternoon. Then they went on a short hike together to the “Rofisboden”. Time passed quickly with getting-to-know games and football, and in the evening sausages and marshmallows were grilled at the campfire.

Monday was a very busy day. The project group met in the morning in the school’s media room. Ms Mayr and Ms Messner welcomed the group and presented the week’s programme. The school’s headmistress, Ms Putzer, joined them, welcomed the pupils and teachers and was happy about the many presents from the partner schools. The students from Sterzing then showed their guests around the school. Afterwards, each school presented the comic strip they had prepared at home on the traces of Jakob Fugger in their respective cities.

The pupils were then assigned to one of the four workshops in mixed groups, where they had to complete various tasks:

After lunch in the school canteen, the pupils and teachers explored the city of Vipiteno interactively with the app “Actionbound”, then they were welcomed by Mayor Peter Volgger and the City Councillor for Schools and Culture Ms Verena Debiasi in the town hall. Afterwards, the pupils and teachers had a lot of fun at the climbing garden “Skytrek” – some reached unimagined heights…

The intensive Monday ended with a joint dinner. 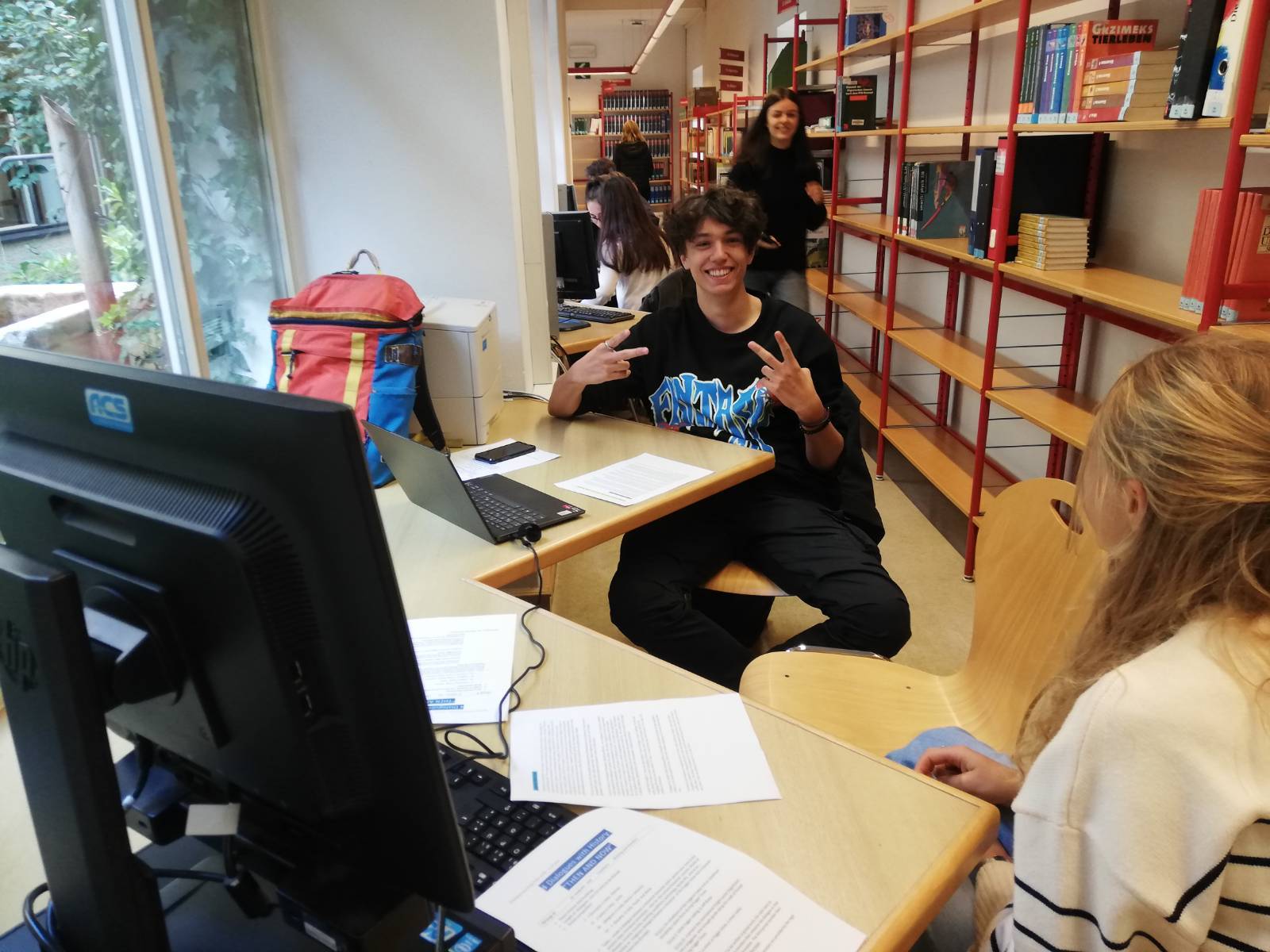 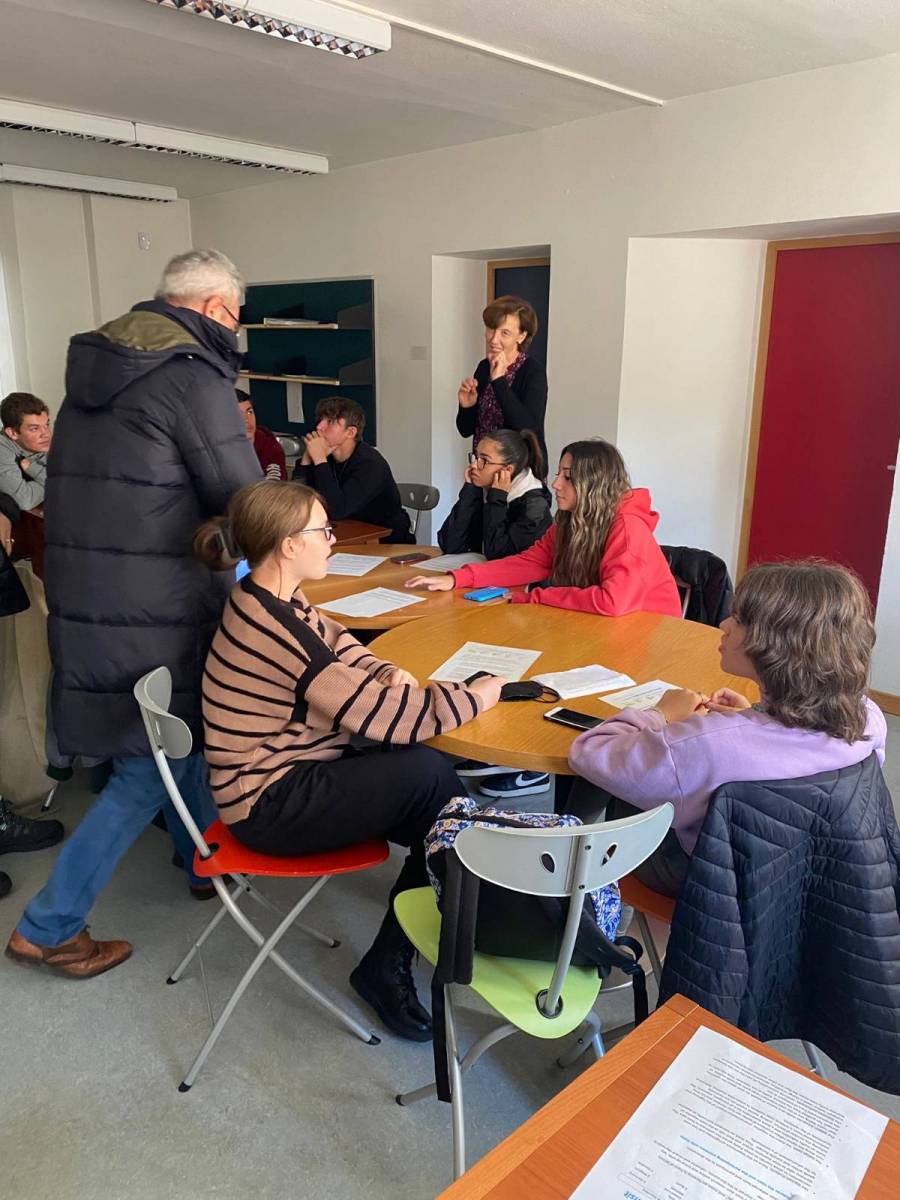 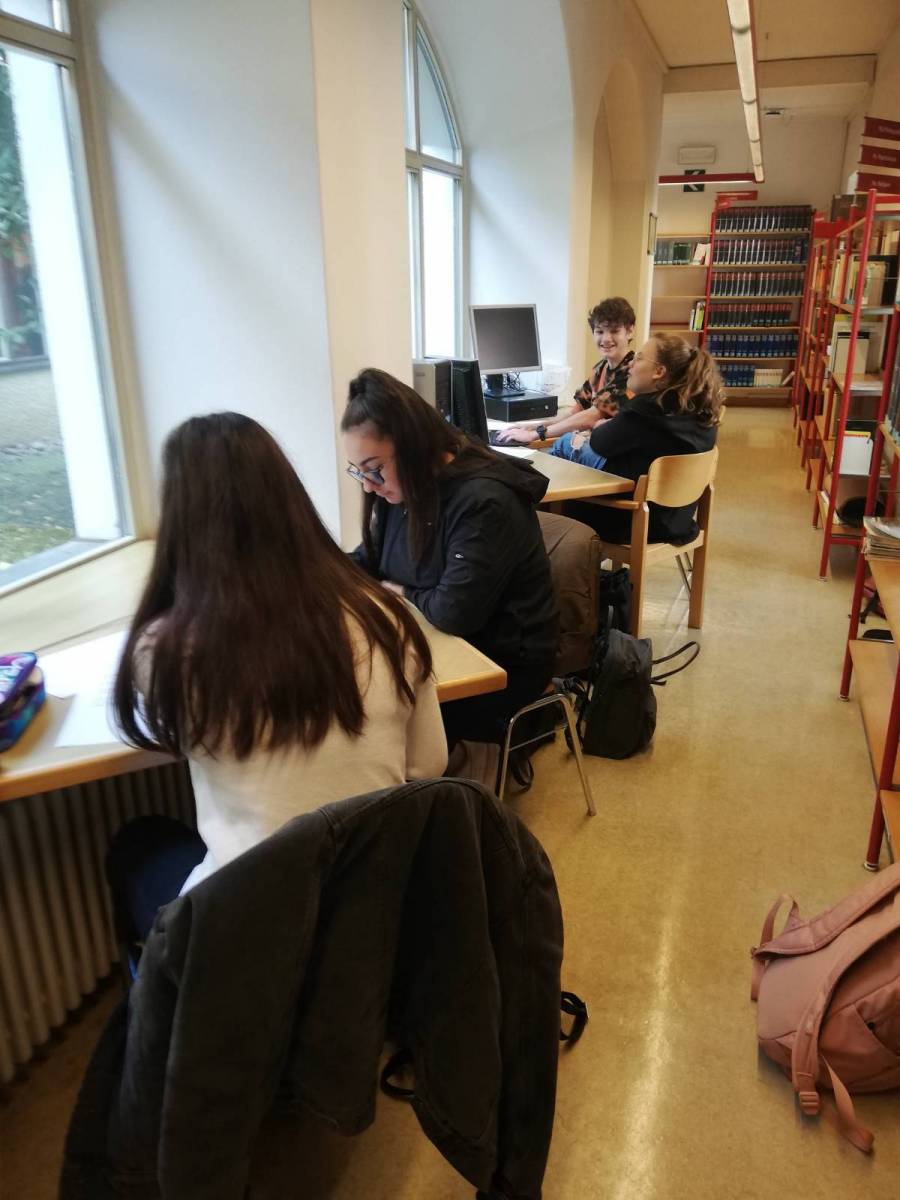 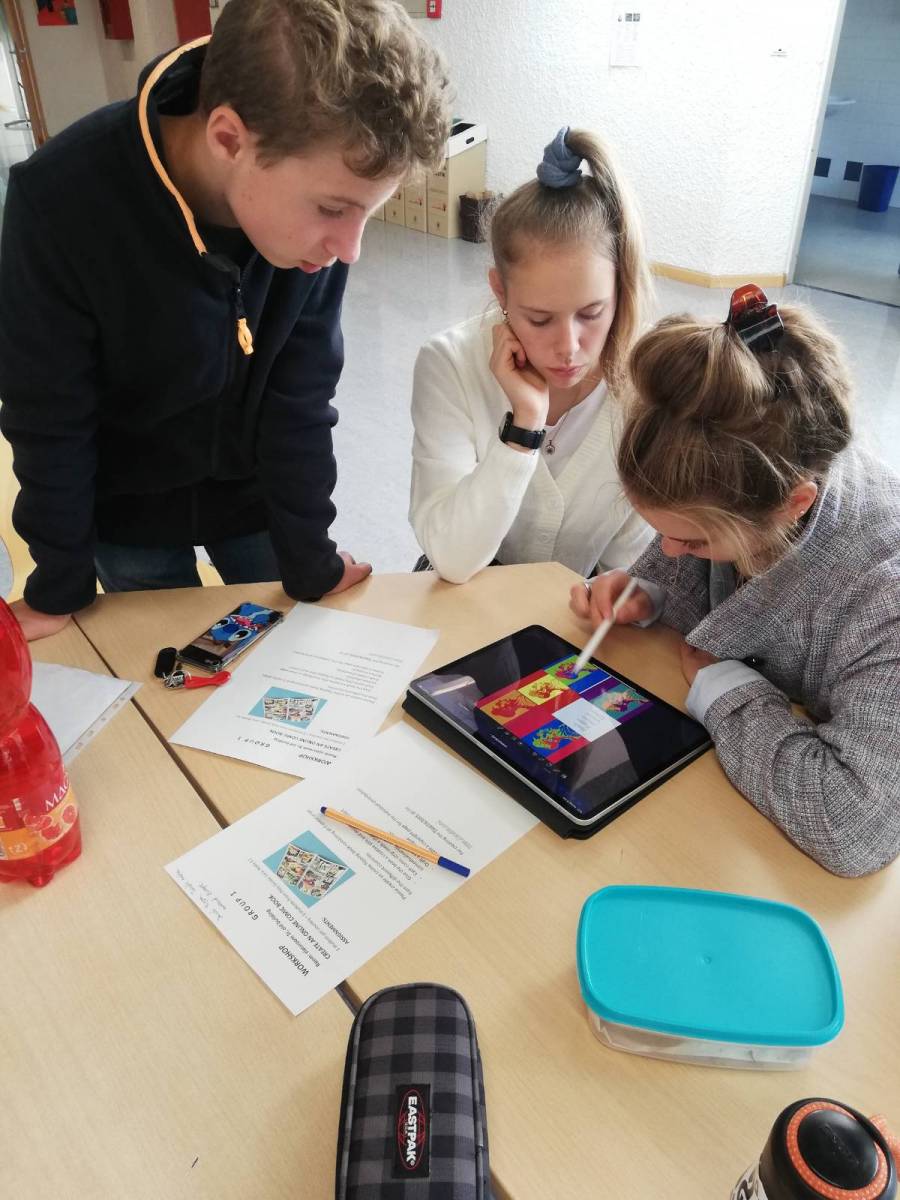 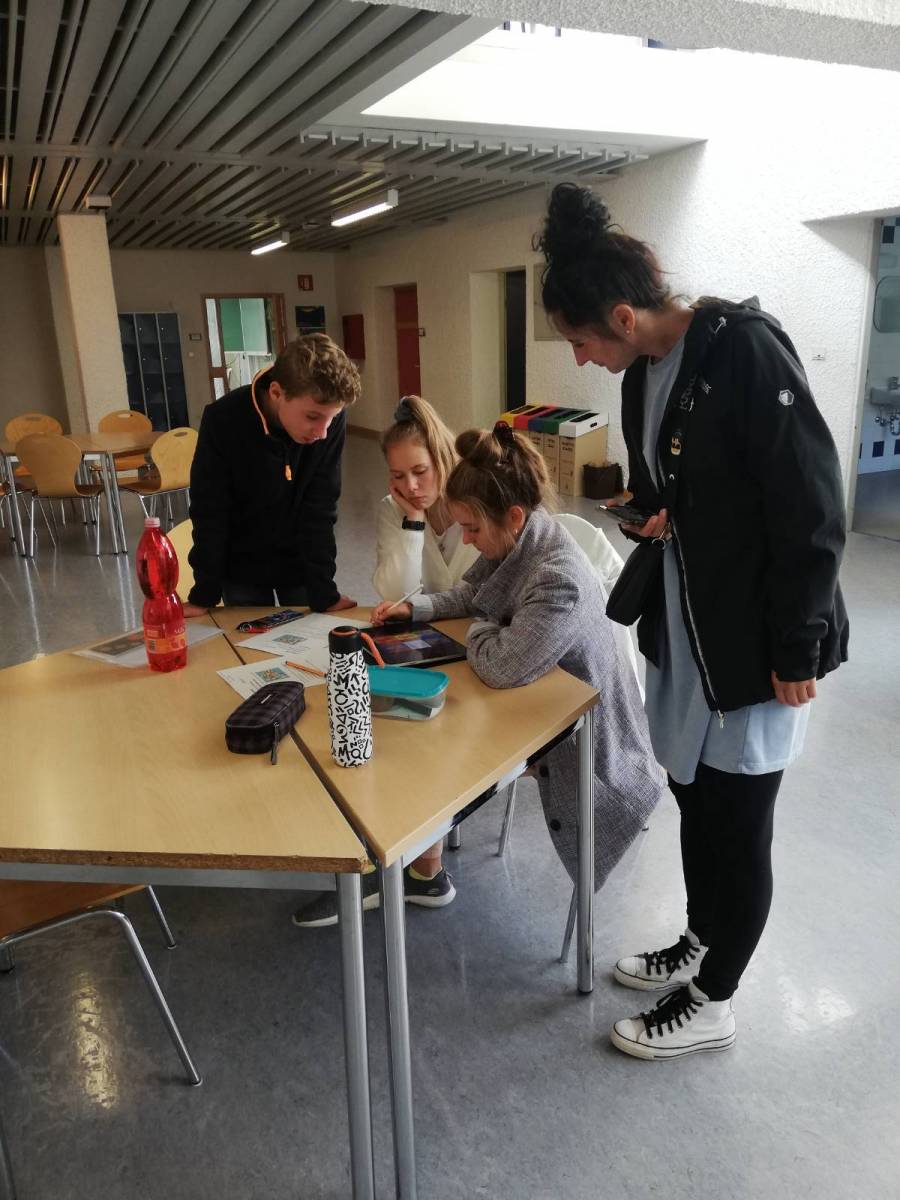 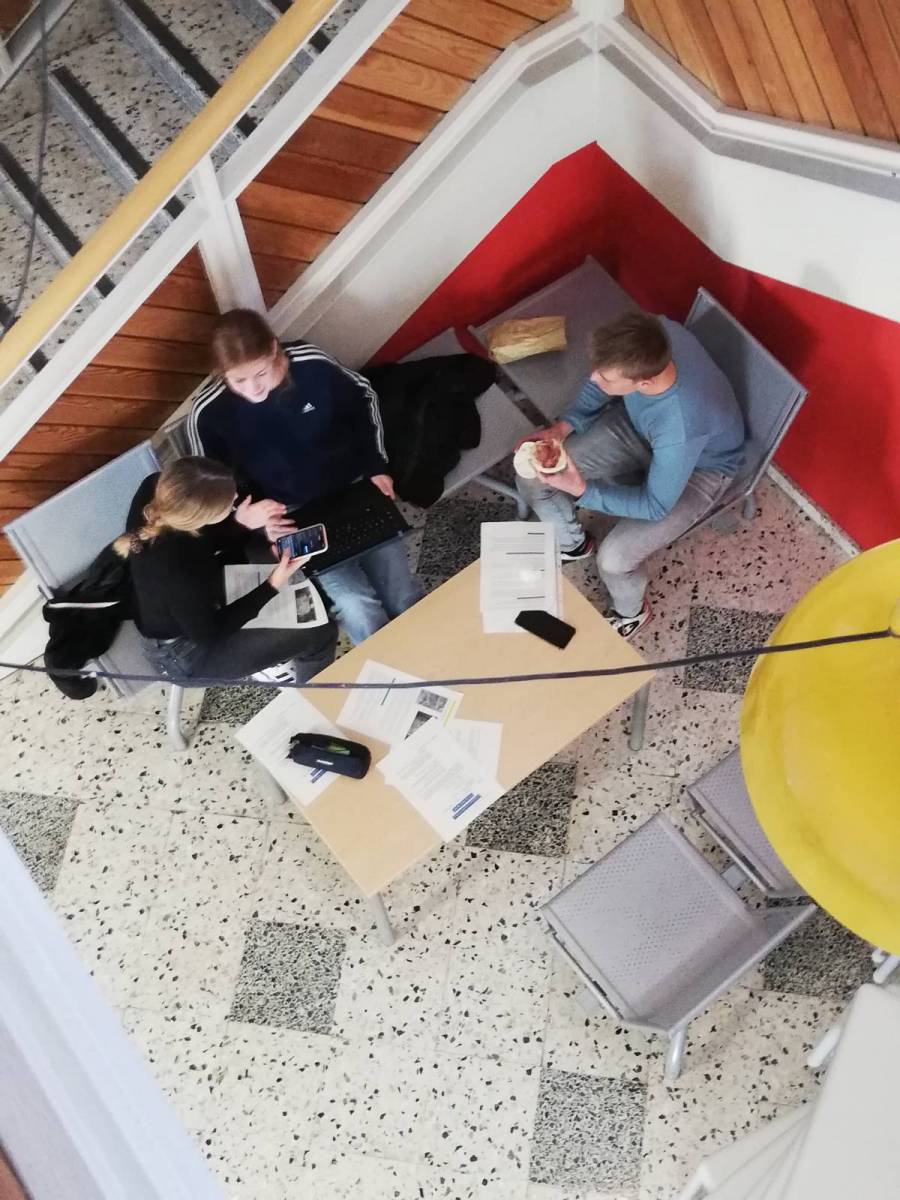 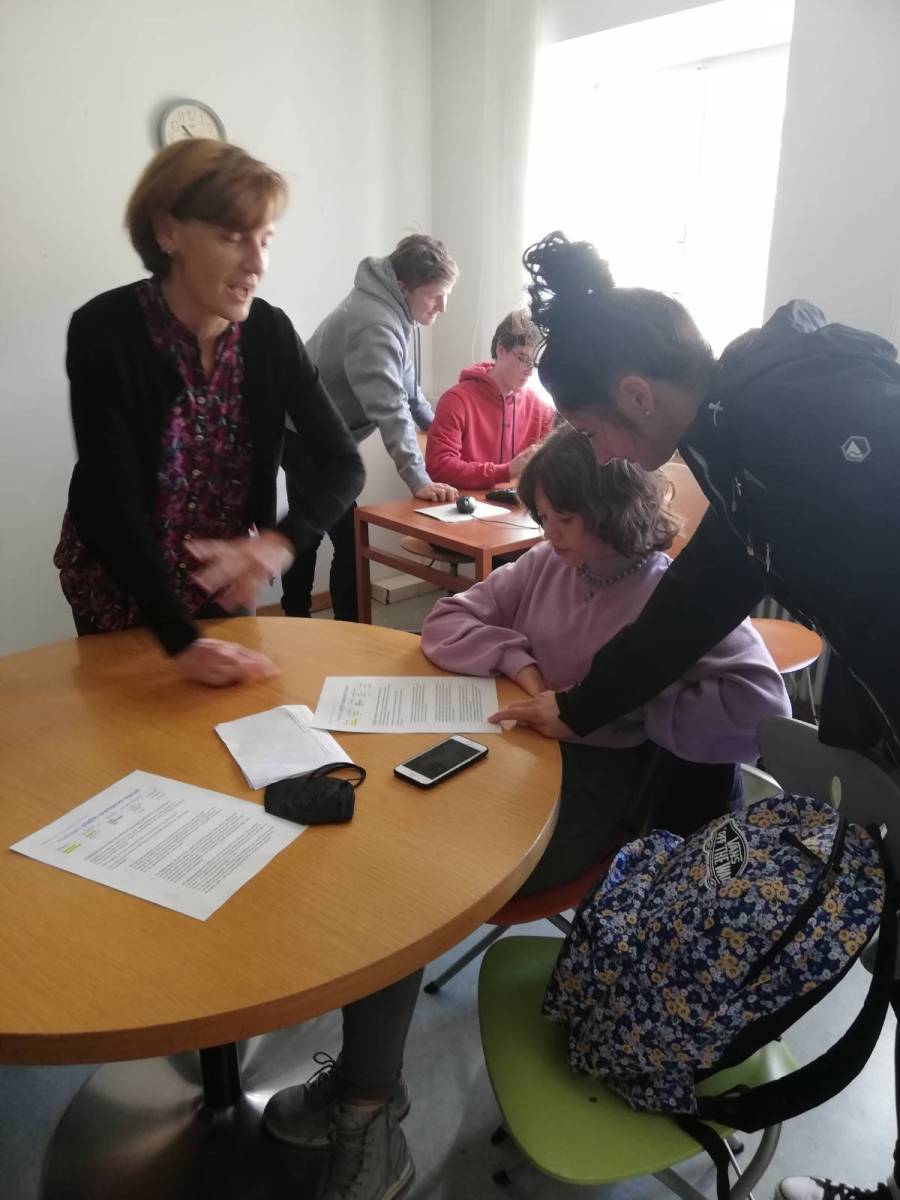 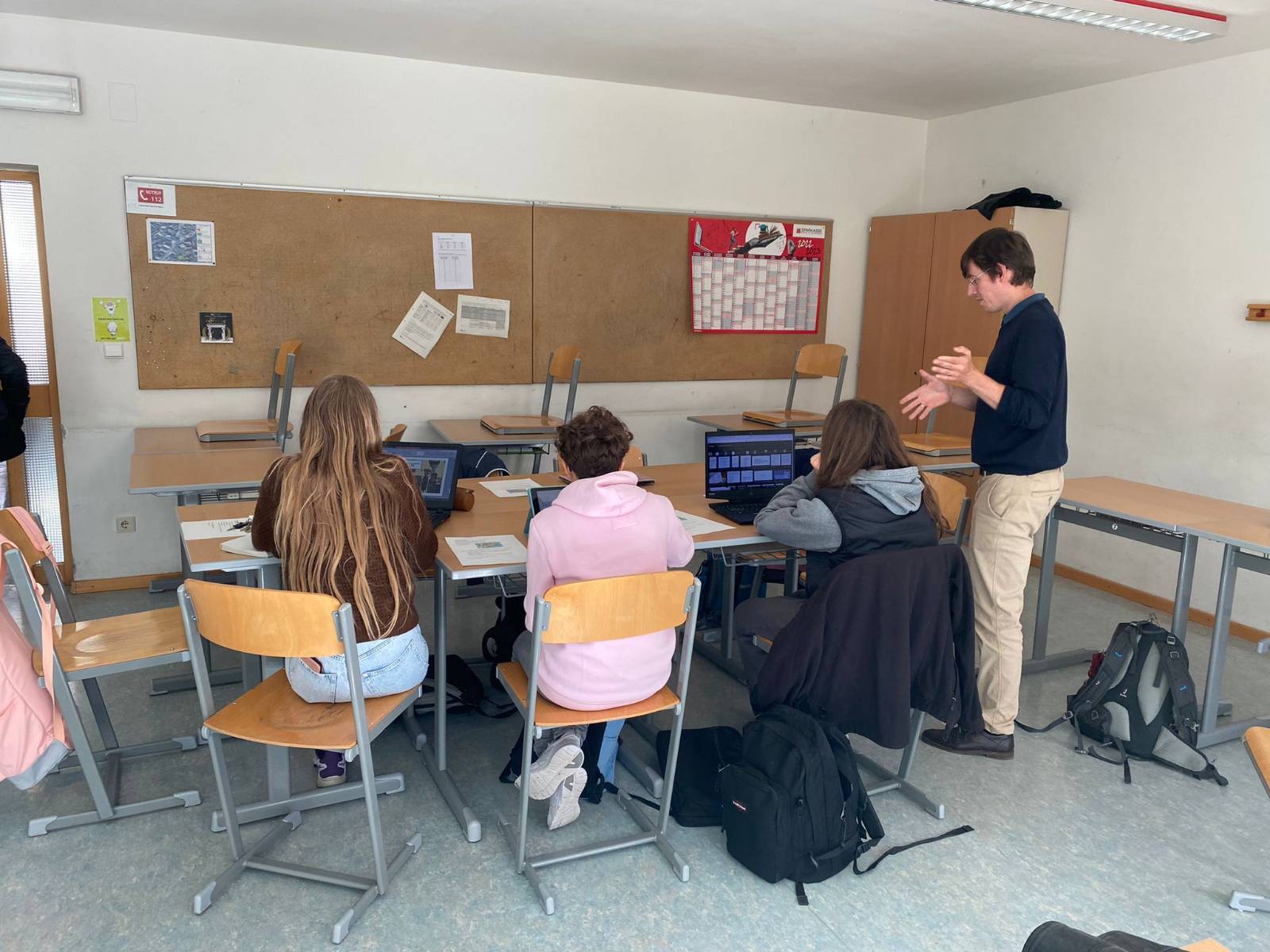 Tuesday was all about mining and nature. In the morning, the project group visited the Ridnaun Mining Museum and learned a lot about mining methods, transport of ore and the hard life of the miners. The role of the Fuggers in the Wipptal was also discussed. At noon, the group then hiked to the “Aglsboden-Alm”, enjoyed a delicious hut lunch in glorious sunshine, and the students produced great land art creations with natural materials, which were then presented to the whole group and recorded in videos.

On Wednesday, the guests were allowed to get a taste of city air. They went by train to the provincial capital of Bolzano, where they explored the city on a guided tour, which also highlighted Bolzano’s role as an important trading city. No stay in South Tyrol is complete without a visit to the Ötzi – in the afternoon the group had the opportunity to admire this extraordinary historical find in the Ötzi Museum.

This day was concluded with a joint barbecue evening at the school.

And already the last day of the exchange week had arrived. As part of the main topic of the week “Transport and trade in the past and today”, the project group visited the “Tunnelwelten” Museum on the Brenner Base Tunnel in Steinach am Brenner on the Austrian side and also had the opportunity to visit the impressive construction site. The participants received a lot of information about the construction of this project of the century, which is largely financed by the EU.

The week ended with the “Fugger Forum”, which was also livestreamed for all partner countries. The forum consisted of two parts: two experts held lectures – Ms Sofia Steger from the Landesmuseum Bergbau reported on the role of the Fugger family in the mines of Tyrol, and Ms Theresa Rothfuß spoke about Lucas Geizkofler, a Sterzing lawyer in the service of the Fuggers in Augsburg – then the pupils of the partner schools presented the Fugger traces in their respective cities in a very creative way. The evening was concluded with a photo show that reviewed the exchange week in pictures.

On Friday morning, the students from Sterzing said goodbye to their guests – many friendships were made and we experienced that even though we come from different countries, we still have many things in common and feel the European spirit. We are looking forward to Spain! 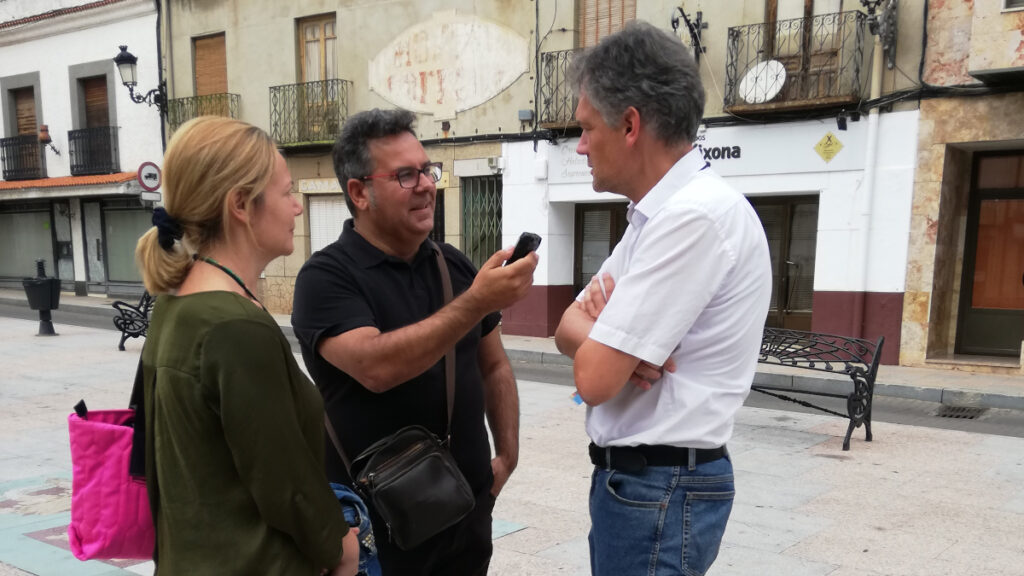 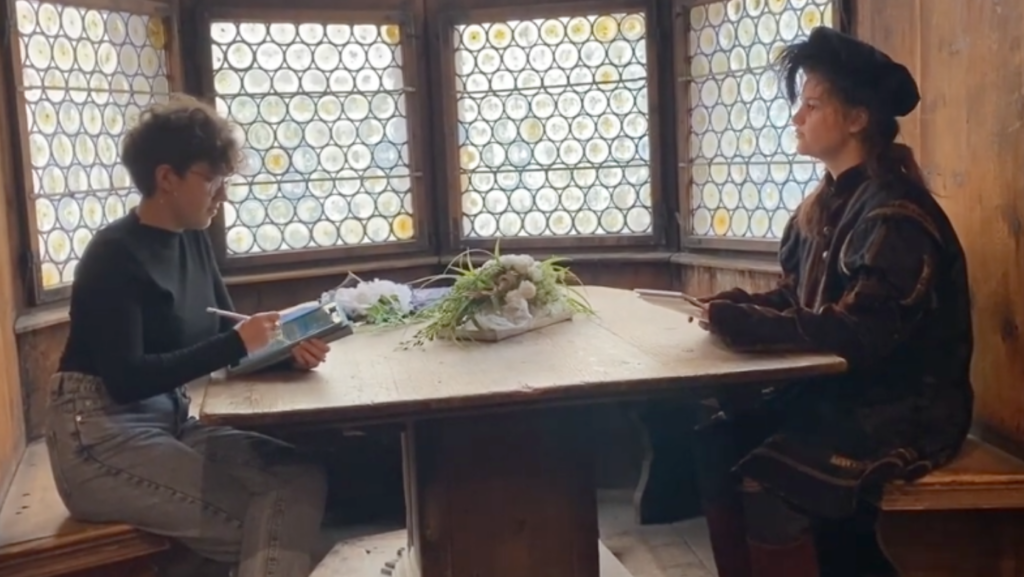